Yes yes yes, we all know about hygge at home don’t we? But in my neck of the woods, it’s cold, it’s grey and I’m spending every waking second trying to strategically plan my annual leave, lusting over travel blogs and ending up 35 tabs deep in flight websites. I spotted today that a third of Brits don’t take four days of their holiday entitlement a year, and I must say that I can’t relate at all – I’m always the person wringing every last drop of holiday out of my year. As my attention turns to this year’s travel plans, I thought I should reconnect with some of my most hyggeligt travel experiences to date as food for thought. If you’re looking to build your travel bucket list and want to encounter hygge further afield, hopefully some of these will give you some inspiration – and of course I am MORE than happy to hear your recommendations!

The Light Festival in Amsterdam 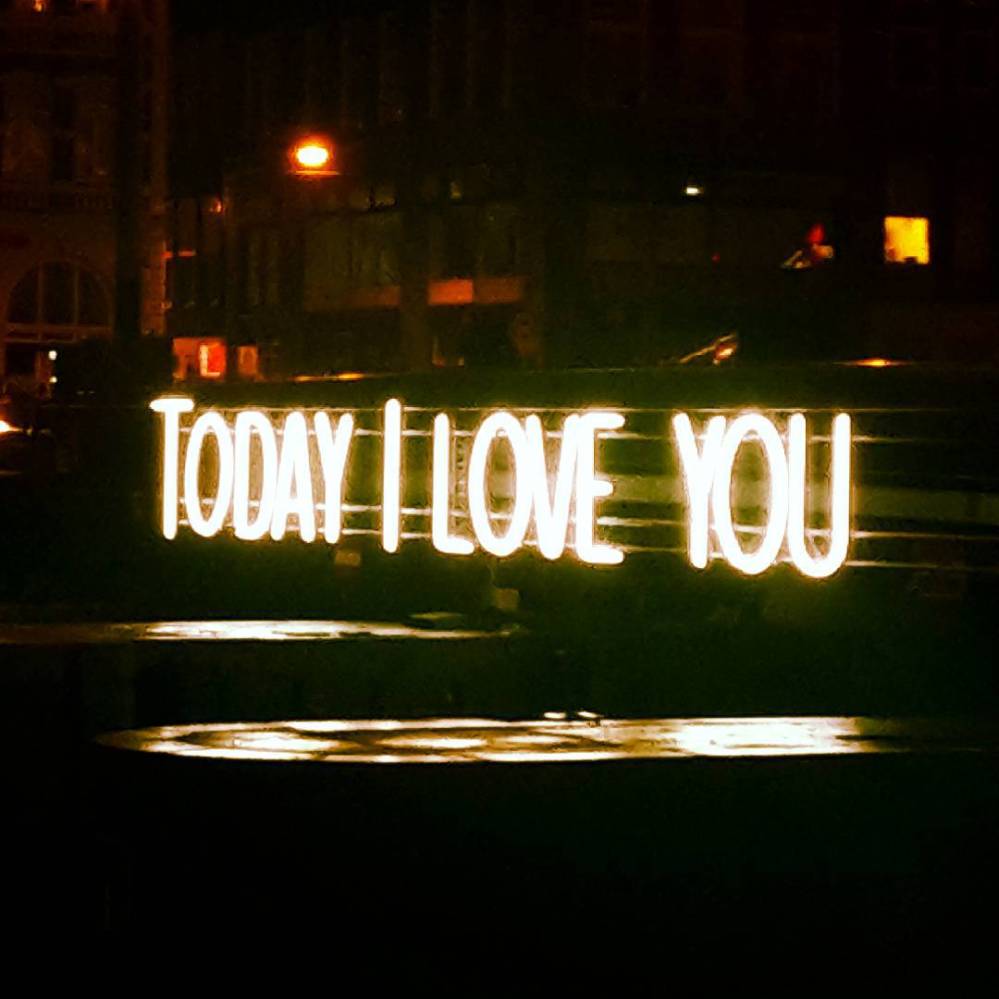 I deliberately timed my trip to Amsterdam with the Light Festival, which runs throughout winter. I knew that number one on my Amsterdam hitlist was the Water Colors canal tour, which takes place at night with all of the canalside light installations lit up and looking gorgeous. I was so content sipping on my little mulled wine and enjoying all the striking art pieces from the warmth of the boat. I did the same route the next day in daylight, and it’s amazing the difference the time of day can make. This was probably the coolest way I’ve ever experienced art, and I’d recommend it in a heartbeat.

Cheese and wine in Paris

Cheese and wine was a recurring feature of my last trip to Paris, but that’s no bad thing. The time that particularly sticks in my head was after a visit to the Louvre, and it was scorching hot (it took us by surprise and I definitely got sunburnt – real Parisian chic right there). We sat outside a café and had a carafe of wine and a cheeseboard, and in my tipsy state I remember being blissfully happy looking at all the bright pink and orange flowers and the lush green grass around the Jardin des Tuileries. On that trip we also got caught in a thunderstorm on a boat on the Seine and visited the Café des Deux Moulins in Montmartre where Amélie was filmed – it was raining outside, we had more wine, and we were in (in my opinion) the best and most exciting part of Paris, so I was happy as a clam.

Oh man. Guys. GUYS. If you’re into food and like fish, you NEED to add Oistins Fish Fry in Barbados to your bucket list. After a hilariously cramped journey there on one of the island’s famous reggae buses (who needs legroom anyway), we headed straight to the pier in the hope of catching a glimpse of a sea turtle. WELL, friends, we lucked out, because there was a man throwing scraps into the sea, and we saw about five sea turtles, a giant stingray and a puffer fish, all under the most beautiful blazing Bajan sunset. We were then pulled into Crystal’s, where we drank rum punch and had THE BIGGEST PLATES OF FOOD YOU’VE EVER SEEN. I went for the mahi mahi and my friend went for the flying fish, and with all the sides I honestly think we had about a week’s worth of food. The atmosphere was so buzzy and vibrant, with music and people and dancing, and it wasn’t overrun with tourists which was a nice surprise. 1000000% worth a visit – but maybe book a taxi if being squashed into a minibus with 24 strangers isn’t your thing.

Our trip to New York was SO COLD. As in, when we arrived at the hotel (the endlessly elegant InterContinental Barclay), the receptionist apologised for the unseasonably cold March they were having. Even so, we braved the chill and went for a walk in Central Park – you have to really don’t you? I remember my eyes streaming from the cold air, and god we got so lost. But as parks go, I totally get why people love Central Park so much. It’s a great example of outdoor hygge – we were all wrapped up in coats, scarves and boots, watching the ice skaters and exploring probably not even half of everything the park has to offer. I’ll just have to go back sometime to explore the other half – what a pity…

This trip was really special. To give you an idea of how much snow there was, our flight home was cancelled because there was too much snow even for an airport in the Arctic Circle to deal with, so you can imagine what we were dealing with here. Anyway, we got all bundled up in our snowsuits and ventured into the Arctic wilderness to visit a Sami reindeer camp. We got to meet all the reindeer and feed them lichen, and then went into the lavvu to warm up with some soup. The Sami farmer told us all about their culture, and performed a couple of joiks for us. A joik is a Sami folk song inspired by a person, a place or a natural feature, and it’s the most beautiful thing to hear. He sang a joik inspired by his friend’s father who had recently died, and it’s strange how it really did give us a sense of his character. It was such an incredible experience, and it was absolutely worth the treacherous walk across the icy field. I can’t think of many times more hyggeligt than sitting around a fire in a lavvu sipping on soup in the middle of the Arctic Circle.

Eating ice cream on a pier in LA 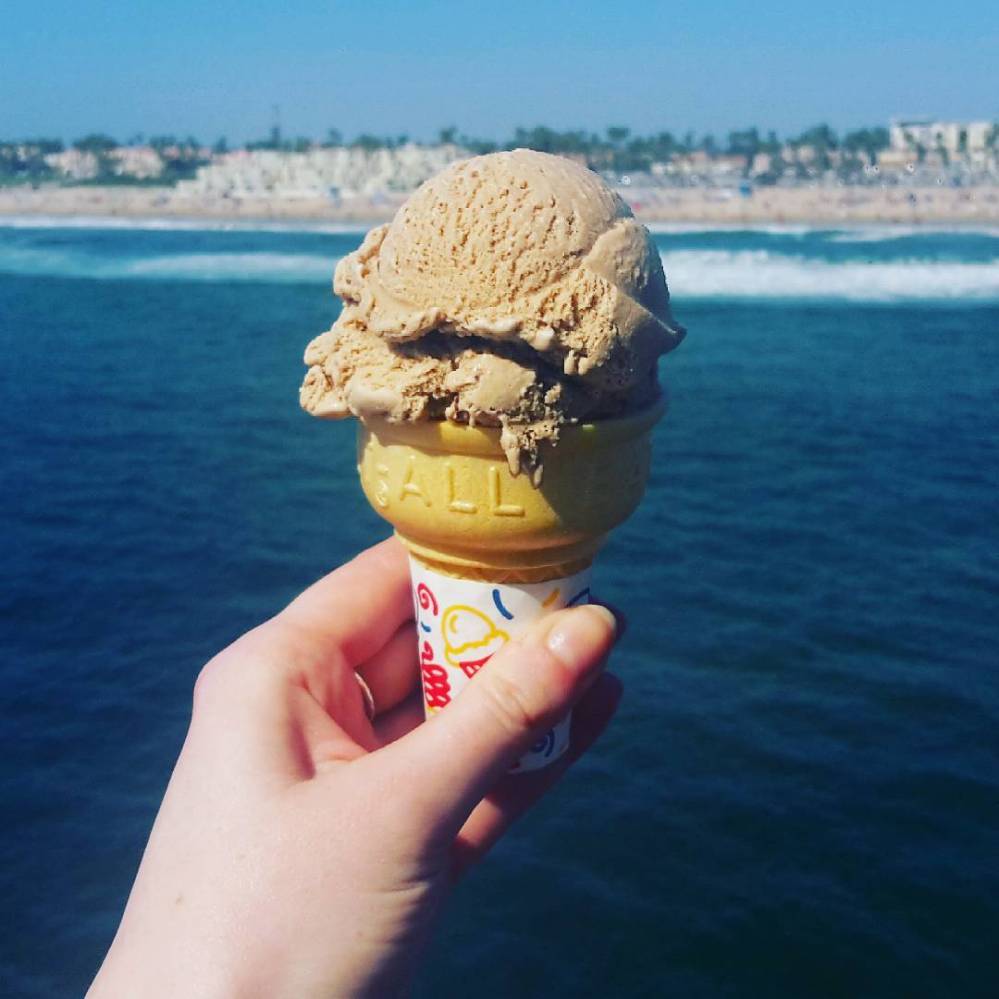 Right, Los Angeles! Not typically the most hyggeligt place, I get that. BUT, hygge? Yes! We took a little minibus tour of some of LA’s most famous beaches (Laguna, Newport and Huntington), and at the recommendation of Tom, our driver, we headed onto Balboa Pier for lunch at Ruby’s Diner. We had an amazing (HUGE) lunch, and we loved it so much that we went to another branch of Ruby’s later in the day on the pier at Huntington beach for a little ice cream stop. My friend went for mocha, I went for butter pecan, and even though it was pretty hot under the Californian sunshine, the hygge was real, my friends! We watched the surfers out on the glittery blue sea, and it felt quite a lot like home on Brighton’s Palace Pier… except it was about a thousand times warmer, of course. 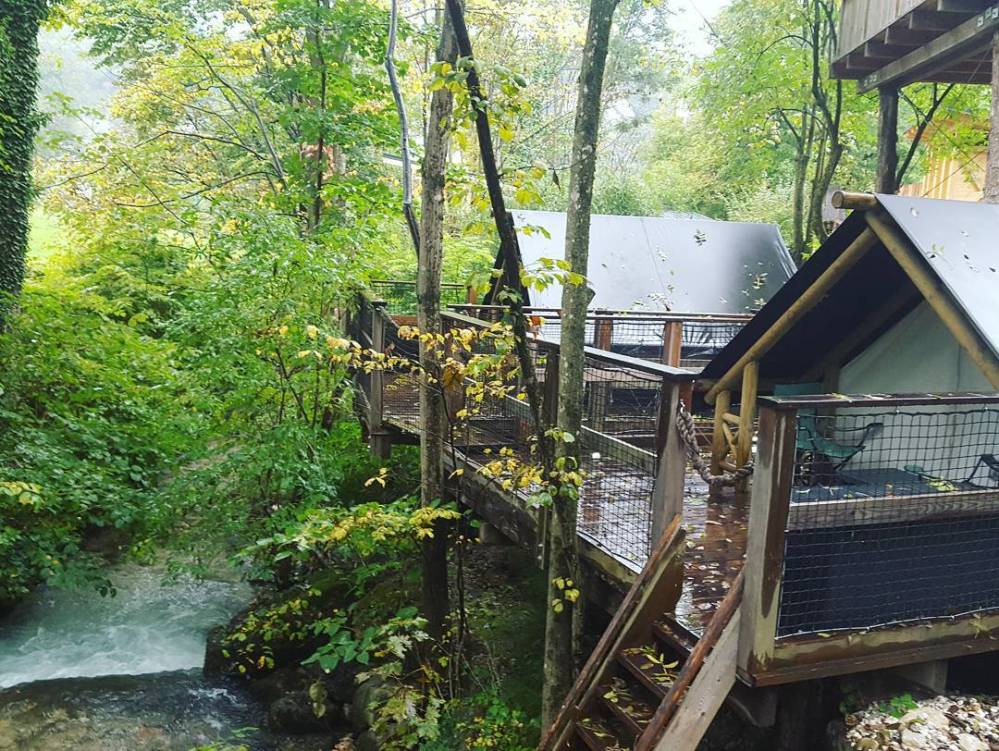 I’d never glamped before Slovenia, but I’m thrilled I got to tick it off my list of life experiences. I must admit, I’m not a very happy camper, and there was nothing especially glamorous about our stay, but I still enjoyed it all the same! In reality, we didn’t spend much time in our little tent, but the whole Garden Village Bled site really is beautiful. I was particularly fond of the firepit, the cheap wine (€1!) and the river running under our ‘pier tent’ (you can’t keep a Brighton girl away from her piers), and I LOVED the sound of the rain as it pattered through the canopy of trees. Chilling out inside (ish) when it’s pouring with rain outside is the epitome of hygge to me, and I loved knowing that we were sleeping within touching distance of the gorgeous Slovenian nature.

I won’t lie: this was COLD AS HELL. But when in Finland… this really was a magical experience. It was like travelling through Narnia, being pulled by four adorable fluffy little huskies on a wooden sled, huddled under a blanket. The boughs of the trees were aching under the glittery snow, and everything sparkled under little licks of frost. But seriously – SO COLD. SO COLD. And yes, it wasn’t cheap, but it’s not something you do every day, and it was worth every single penny. 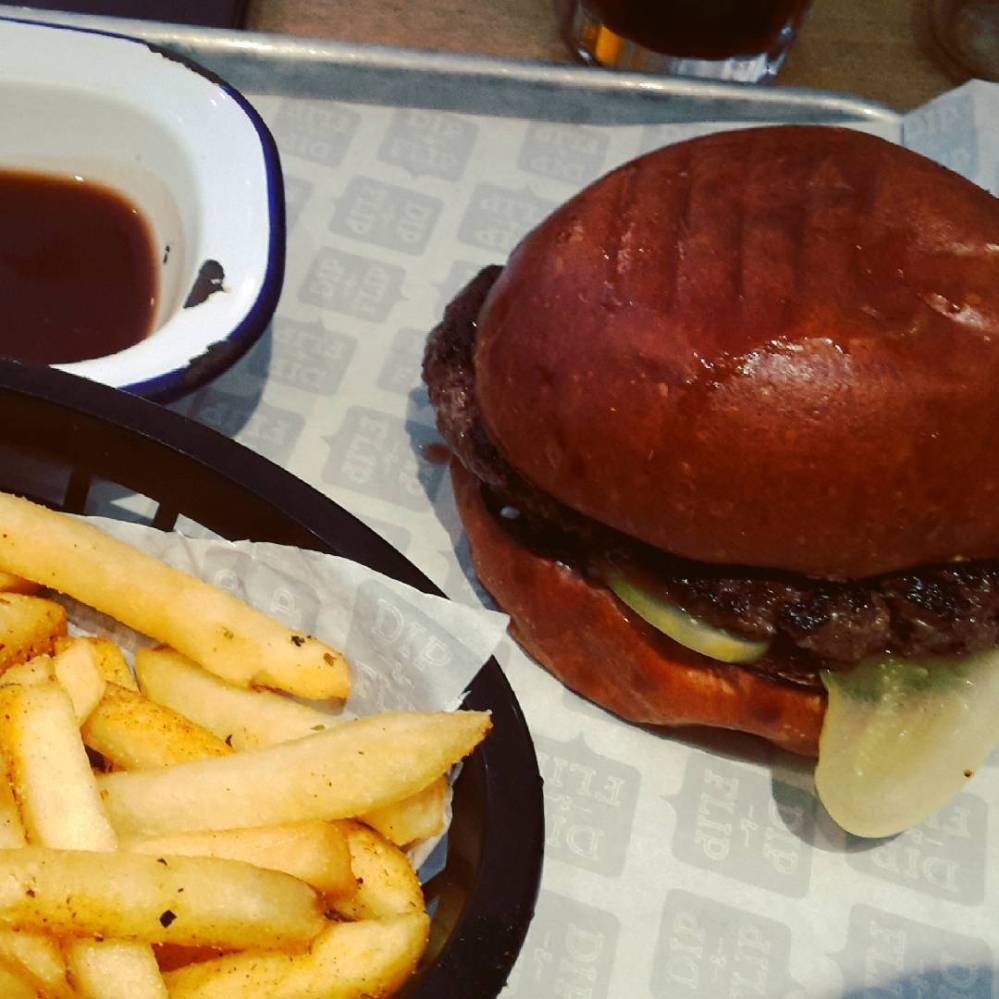 We’d just been to an ice hockey match (Toronto Maple Leafs lost 4-1 – did they not know we were coming?), and it was bitterly cold (a recurring theme in my trips). It was pretty late, and most food places were closed, but we were starving and wanted absolutely anything. We wound up in some generic fast food place off Yonge Street and I couldn’t even guess at what it was called, but I remember we both felt SO GRATEFUL to be inside with warm food. Yes, the lights were too bright and the tables were all sticky, but the relief was immense, and in a way, it was its own weird little brand of hygge. Because sometimes, my friends, it’s about making the best of a cold, hungry situation, and that doesn’t need to conform to any idealistic, stereotypical view of hygge.

Watching the Northern Lights in Iceland

Obviously, OBVIOUSLY this is in here. The Northern Lights! The Northern Lights! The ultimate bucket list item! This was on a boat off the coast of Reykjavik. We’d been out on the water for an hour or so, and it was snowing, and to be honest I didn’t think we’d see a bloody thing. But suddenly, the clouds started to crack and drift like tectonic plates, and we could see the tiniest wisps of colour flickering in the sky. And then there was more sky, and more lights, and then they were electric green and purple and even red, and they were dancing and twirling in ribbons. They were much faster than I was expecting – like a skittish little lizard rather than a meandering snake, and really, I don’t think anything I see will ever blow my mind quite like that again… until the next time I see them. It’s on the cards. It always will be.

How about you? What are your hygge travel experiences? Maybe it was in a seaside resort half an hour from home, or in some far-flung destination. I love love love gathering travel inspiration, so please tell me where you’ve found hygge in this big beautiful world!